Buying on the Dips: Stocks with Steve Laube 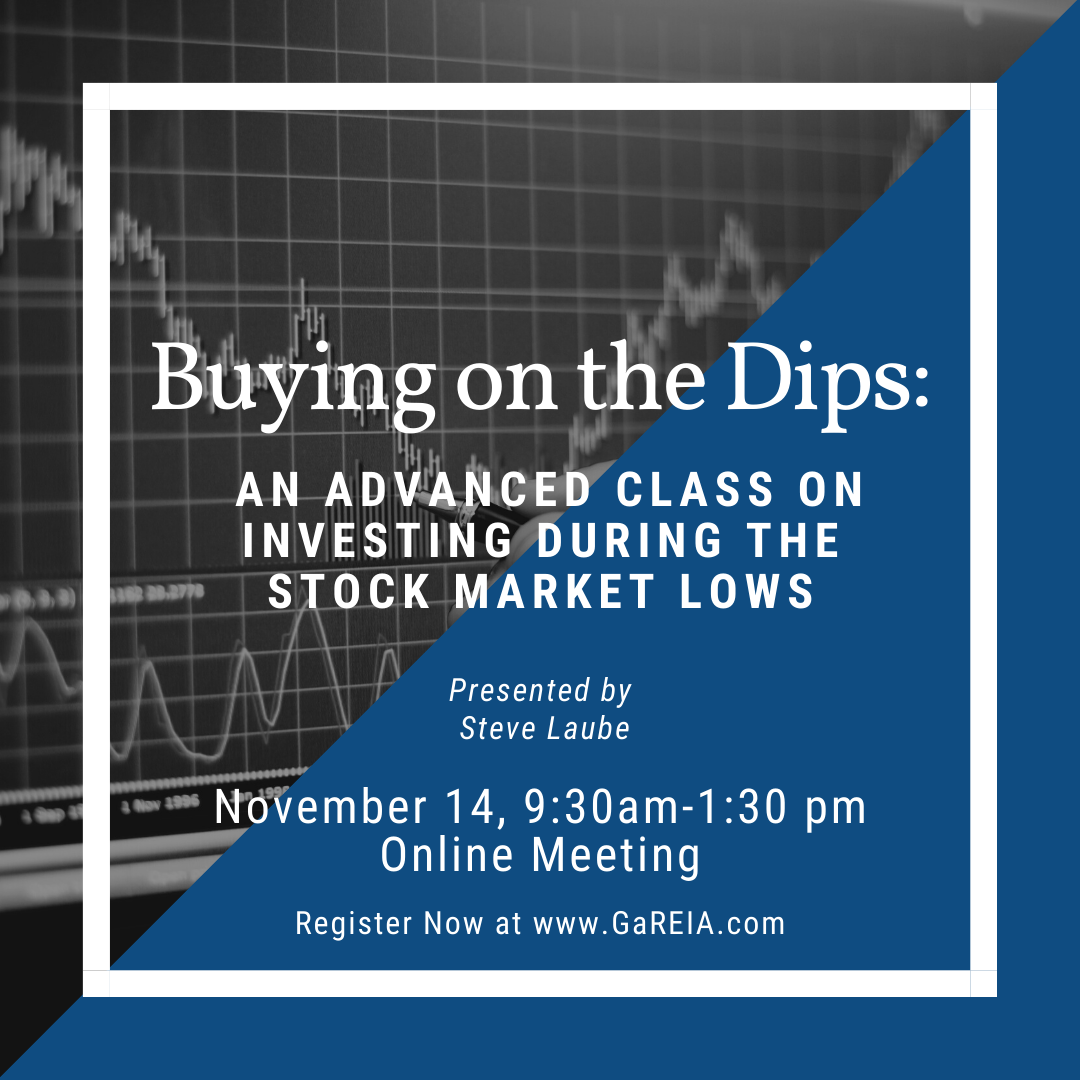 Buying on the Dips: A New Approach to Stocks

An Advanced Course on Investing During the Stock Market Lows

We were not sure what to call this course, but this could be the greatest money making advice you have ever received. The course is called “Advanced Buying on the Dips”, and Steve is really excited about presenting it.

In this course we will:

Neither Steve nor GaREIA can guarantee results, particularly in the short term, but this new technique / knowledge should be one of the most important tools in your financial knowledge box for the rest of your investing lifetime!

Steve will inform you when and how he uses this new tool (assuming opportunities present themselves) for about 60 days after the course, i.e., through the end of 2020.

We hope you will join us on November 14 for this great course!

Steve Laube started life as a nerdy scientist with a BS in chemistry, obtaining several patents, writing a chapter in a chemistry book, and becoming the North American Technical Director of a 2 billion dollar chemical company. He received an MBA in Finance from Case University in 1983, and, just before he retired in 2002, rather than consulting with a Certified Financial Planner, he took the CFP program at Oglethorpe University and passed the national CFP boards (bar exam equivalent) in 2001, the hardest thing he has ever done academically.

Steve’s real estate investing started in 1979, with a brand new duplex in Kent, Ohio. This duplex opened his eyes to the world of student housing (by accident, who knew Kent State university was less than a mile away?). Steve quickly acquired two brick four family buildings and a single family home at Akron University, then moved to New England  a couple of years later with his “day job” and put his real estate interest on hold, selling the Akron properties for large profits. The profits from the two quads paid for three college educations for his kids.

Shortly after arriving in Georgia in 1992, Steve initially acquired about 2 dozen student condos in Clemson, SC as well as twelve non-student condos in Alpharetta, GA.  In 1997 he authored “Dormitory Dollars,” the first book ever written on how to invest in the student housing market. Including flips, Steve has held about 80 rental properties over his career, with 40-50 being the most he has held at one time.

The Move to “Passive Income”

Steve was able to “quit his day job” and just plain retire in 2002. He emphasizes… “my pension was $479/month, I did not have an annuity of any kind, and I was too young to take Social Security by seven years! I learned how to blend stock and RE income to live a very nice lifestyle.“

After retiring, rather than getting seriously into real estate, the numbers told him to “cash out” in 2004/5, and he sold dozens of paid or near paid for condos and got very lazy. He continues to sell when the numbers tell him to, and sold his last two student condos in 2017, and one of his three beach houses in 2018. His portfolio now is down to 5 condos, and two 4 bedroom oceanfront homes. The beach properties are held in a partnership with his daughter, Lynne.

After about a decade of golfing, traveling, and enjoying his car obsession, Steve came back to GaREIA, driven by “boredom” and a desire to give back.  He has served on the GaREIA Board of Directors as Secretary and Treasurer, the Instructor for GaREIA’s Mastering Passive Income Coaching Program, a Co-leader of the Dealmakers Subgroup, and an instructor in the GaREIA Fast Start and Buy & Hold Boot Camps. Steve is currently teaching “Condos” and “Stocks” seminars. Steve’s current interests are private money lending and retirement planning.


This meeting will take place online.
Login details will be in the registration email.

We're sorry, but all tickets sales have ended because the event is expired. 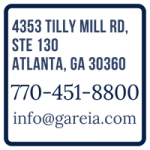